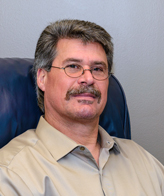 David R. Groth is a Certified Public Accountant and has been in public practice since September of 1996. David graduated from the University of Houston in 1986 and 1993 with a BS in Hotel and Restaurant Management and a BS in Accountancy, respectively. He has been a member of the American Institute of CPA’s, the Texas Society of CPA’s and the Houston Chapter of Texas Society of Certified Public Accountants since June of 1998.

Prior to joining Bailes Bates & Associates, David worked with a “Big Four” firm for approximately three and a half years, during which time he excelled with the state tax group and the Merger/Acquisition group and was promoted to senior tax associate. Additional experience was obtained at for two local CPA firms from September of 1996 to November of 1998.

David and his wife, Denise, reside in Sugar Land with their two daughters, Taylor and Katie.